Welcome to the British Royal Family Tree website. I hope that you will enjoy exploring this site and furthermore, find it helpful, useful and informative. The information provided is not exhaustive and for this reason there are many useful resource links available on each of the Houses and it’s respective Member pages for those who need to research further. However, if you find inaccurate information, please use the contact us link at the bottom of the page and I will then update it accordingly.

A Brief History of the Creation of the United Kingdom

The Kingdom of Great Britain. Created in 1707 as a result of the political union of England and Scotland under the monarch, Queen Anne. There have been three officially recognised Houses since the union:

However for historical interest, I have also included:

The Kingdom of Scotland 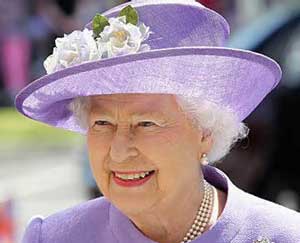 had been in personal union under the House of Stuart since the 24th of  March 1603. James Stuart, who had succeeded separately to the thrones of Scotland as King James VI and then to England as King James I. He proclaimed himself as “King of Great Brittaine, France and Ireland” on the 20th of October 1604. Even so Scotland and England were still legally countries in their own right until 1707. On the 1st of May, the United Kingdom of Great Britain was formed with the merger of the Kingdoms of England and Scotland. Accordingly on the 1st of January 1801, Great Britain merged with the Kingdom of Ireland to form the “United Kingdom of Great Britain and Ireland”.

The United Kingdom. After most of Ireland left the union on the 6th December 1922, the title was amended on the 12th of April 1927 to “The United Kingdom of Great Britain and Northern Ireland” which is how it remains today.

Since it’s inception in 1707 there have been twelve Monarchs of Great Britain and the United Kingdom, and twenty three from the reign of Henry VII.

You may also wish to consider building your own family tree. For this reason I have a section giving tips and advice at build your own family tree. I hope that by reading that page, it may encourage you to discover your own lineage. You may find that you are one of over 100,000 people who claim to be related to Henry VII and hence, part of the extended Royal Family Tree!

Please feel free to copy the images for your own use. These are copyright of British Royal Family Tree. So a link back to the site page you found it on would be very welcome. If you wish to visit our Facebook  and /or  Twitter page with more information on the British Royal family, past and present, please click on the links in the box on the right.

At some future period, “If you would like all five British Royal Family Trees that feature on this site, in high resolution. I will be adding a link so that you can enter your details as requested in a download box.